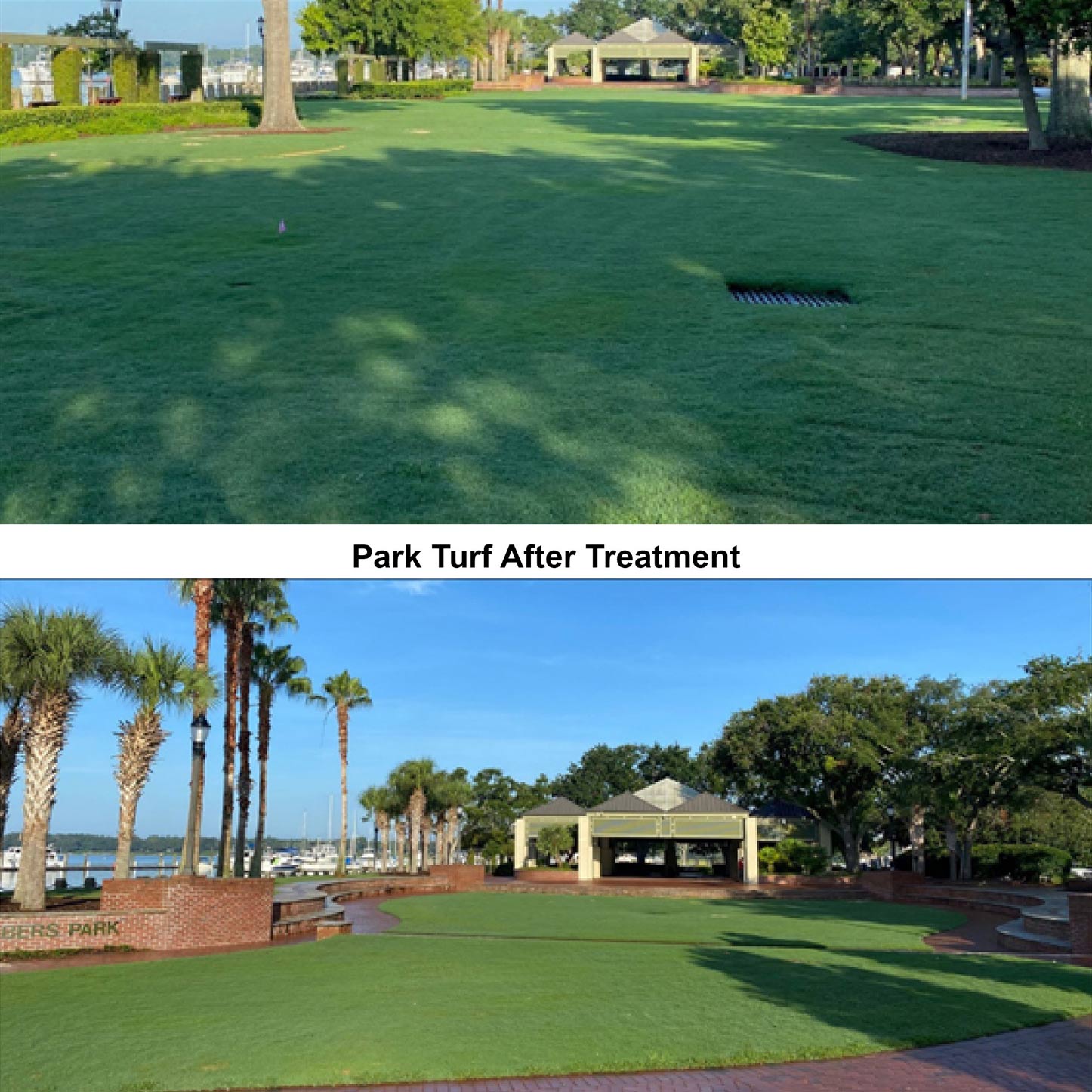 Every July, thousands of people descend upon Beaufort’s Waterfront Park for a week of festivities known as the Beaufort Water Festival. It is one of the largest events in the Lowcountry that takes place right here in Beaufort, SC. Each year since 1956, the event has grown, drawing visitors from all over the country to enjoy the beauty that Beaufort’s waterfront park has to offer.

The Greenery, one of the leading landscape companies in South Carolina and the Southeast, has supervised the landscape and lawn care for the Beaufort Waterfront Park since 2011. Each year, our crews work hard to make the turf and the landscape of the park look breathtaking for the festival and its visitors.

Visitors enjoy the arts & crafts booths, the annual raft race, the bocce tournament, the concerts, and the nightly themed dinners. During the festival, thousands of people pound the waterfront park turf with hundreds of thousands of footsteps, strollers, and even vehicles. By the time the festival ends with the Commodore’s Ball, the Blessing of the Fleet, and the Parade of Boats – the turf has taken a torturous beating.

“This turf was heavily damaged and looking very rough (seen below) after two weeks of traffic from the Beaufort Water Festival,” said Miles Graves, Regional Manager of The Greenery Commercial Landscaping Companies. “Our team made a miraculous turn around in just two weeks! Awesome job in pre and post event planning and execution.”

Brandon Duitsman, the Branch Manager of The Greenery in Beaufort, along with his dedicated crew, got to work immediately to repair the damage done to the turf along the waterfront.

For the 2 weeks of the festival, the irrigation in the waterfront park is turned off. Between the hot summer temperatures and the foot traffic from all the people attending the festival, the Bermuda turf is subjected to very high stress. As soon as the festival ended, The Greenery crew turned the irrigation back on and started the process of healing the turf. On Thursday July 29, our Plant Health Care team applied a turf fertilizer and instantly watered the turf so the fertilizer would soak into the soil and not sit on top of the grass and burn it. The results of the expert services from The Greenery are evident in the following photos.

The turf bounced back beautifully and all it took was proper irrigation management, some fertilizer and attention to detail, along with the expertise and hard work that The Greenery crew puts into each job. We are already looking forward to next year’s Water Festival and hope you will join us!